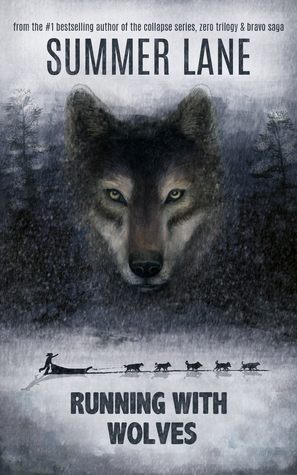 He spilled their blood. Now, she’s out for revenge.

Jenna Renee is a woman wronged. When her adoptive parents are brutally murdered by an outlaw named Conroy Parker and his gang of thugs, they take everything from her: her family, her happiness, and her money.

Determined to bring Conroy and his boys to justice, she hires a gruff but dangerous gun-slinging trapper and guide, Jeremiah Black, to help her hunt Conroy down.

But there is more to Alaska than meets the eye.

The cold touch of the arctic winter is dangerous, and the corruption of Conroy Parker and his comrades runs deep. The tundra is unforgiving, and so are the wolves. Nothing is as at seems.

If the wilderness doesn’t kill Jenna, the pack will. Revenge comes with a price, and so does love. There will be no mercy….only the hunt.

A romantic adventure from #1 bestselling author Summer Lane, set amidst the gritty and awe-inspiring setting of Alaska during the last great Gold Rush.

This is your first historical fiction. How different was the writing process, as opposed to the past 17 novels you’ve written – which have all been post-apocalyptic?

A historical novel is more strictly attached to the time period in which it takes place. The way people talk, dress, act, and even eat are different than how we do all of those things modernly. I had to do a lot of research, of course. I have been slowly working on this book for roughly 2 years, when the idea originally occurred to me. I have read so many books about Alaska…toward the end of the writing process, I was devouring whole college textbooks and double fact-checking everything I had until I was entirely sure my eyes were going to fall out of my head.

With my apocalyptic books, the research is tactically-oriented, if that makes sense. With Wolves, I had to make sure the slang and vernacular was correct and that the history was right on target. I took a few artistic liberties with the story, as all writers do, but everything is based in fact. Everything.

Where did the idea for Running with Wolves come from?

I have always loved animals. I have always loved dogs. I first was enraptured by the idea of setting a story in Alaska when I was a little girl, after watching the animated film Balto for the first time. The concept for this particular novel sprung up about 2 years ago. It took me a long time to cultivate the plot to a point where I liked it enough to go ahead and write the book. I have always wanted to write a western-style novel, and that’s what Wolves is. A western novel set in the snow, with adventure and romance.

Where does the story actually take place?

I have constructed a fictional tale within the boundaries of the boomtowns and mining camps that existed in 1898. The main character, Jenna Renee, lives outside of a town called Dyea. I used prominent and famous historical hotspots, such as the Chilkoot Pass and Dawson City, in the book, too.

Can we look forward to some romance, in addition to adventure?

Yes! One of the central themes of the novel is the romance story between Jenna Renee and the rather callous but handsome United States Marshal Jeremiah Black. I love Jeremiah’s character – he’s got a lot of surprises up his sleeve, and I think readers will love him as much as Jenna does.

What are your upcoming projects?

Well, I have a non-fiction novel coming up in the next several months: Prolific: Writing a Hit Novel. I’m also releasing the first installment of the anticipated Resurrection Series in January 2018. Resurrection will continue the adventures, fights, and romances of Commander Cassidy Hart from the hit Collapse Series.

Summer Lane is the #1 bestselling author of 18 novels, including the smash-hit Collapse Series. She owns Writing Belle Publishing. Lane is also an experienced journalist and creative writing teacher. Writing Belle is her online magazine, where she has interviewed and featured hundreds of writers from around the globe.

Summer lives in the Central Valley of California with her husband, Scott, and their German Shepherd, Kona.