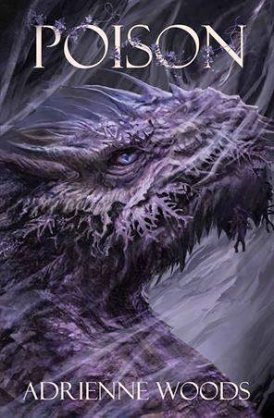 Poison didn’t add much to the plot and character growth. Is more of a filler, something to read until the next novel comes out. However, it was a nice read. And we do get some new information.

Elena has to learn to become a proper Princess. She is not allowed to communicate with her friends, and she feels isolated. Luckily, the gang manages to rescue her, thanks to Blake. After Elena claimed Blake as her dragon, their bond become even stronger. Apparently, Blake can hear Elena’s thoughts, and feel her emotions. However, Blake is not please with it. He is still refusing to be tamed. I don’t like him.

Queen Catherina left some journals for Elena to read. We get to read some pages, and it was nice to find out more about Elena’s mother, and about Catherina and her husband. I think the journals entries are my favorite part of Poison.

Elena helps a friend in need, which is nice. Now she is a proud co-owner of a club.I hope to see more of this old character. He seems interesting.

Our Princess travels to some tropical parts of Paegeia, and we learn that mermaids are real in Paegeia. We also get to know more about Sir Robert. While on her trip, Elena starts to have a new crush, but he tells her that nothing can happen between them, because she is supposed to be with Blake. Since Elena claimed Blake as her dragon, they’re also suppose to be a dent. Not sure what a dent is; Elena does not get it either. Adrienne Woods said that the dent will be explained fully in the next novel, Moonbreeze.

Blake and Elena. I do have some concerns. I hope it will not be something instant. They hate each other, than something happens, and Blake becomes a puppy. I’m not saying this because I don’t trust the author. Clearly, she sees something I don’t. I did read other novels where the love interest was a jerk, than he loved the heroine, and after they got together it was puppy love. That’s way I hope it will not be like this. I am really curious to see how the author will turn this around.

Next book in the series: Moonbreeze (The Dragonian Series #4)